← more from
farpoint recordings
Get fresh music recommendations delivered to your inbox every Friday.
We've updated our Terms of Use. You can review the changes here. 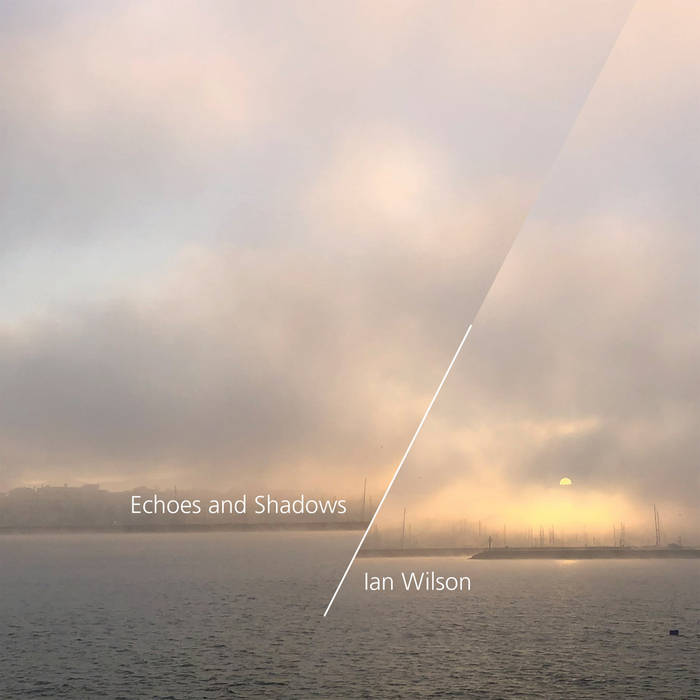 The violin has been central to Ian Wilson’s compositional output over the past 30 years – he has written four concertos, a violin quartet, a violin trio, a violin duo and many solos and duos with piano, as well as two substantial music theatre works for violinist. Echoes and Shadows, the new CD by Ian Wilson released through Farpoint Recordings features three works for violins from the past two decades: a quartet, a duo and a new solo. The quartet was recorded in The MAC, Belfast, and the duo and solo in the cellar of a Serbian winery which has a fantastic acoustic. Almost all of the performers on the album are long-time collaborators with the composer.

Quattro Stagioni (2016) is a 21st-century response to the idea behind Vivaldi's Four Seasons, as seen through the lens of American artist Cy Twombly's eponymous series of huge canvasses from the 1990s. Wilson’s Quattro Stagioni consists of four concerto-type movements: each of the four violinists has their own focal movement, where the other three act as the ripieno group – the character of each movement is inspired by its namesake in Twombly’s series. The composer describes the work as a meditation on the cyclical nature of life and, as such, being full of colour, texture and emotion. Quattro Stagioni was commissioned by Music Network, Ireland.

Eigenschatten (2004/2020) in its original version is a work for violin and live recording. The structure of the piece is such that the first half of the work is recorded as it is performed and then, once the halfway point is reached, that recording is played back into the auditorium and new material performed live along with it, creating a duet for one performer. Naturally, this also works with two performers without the live recording and in this case the material of the first half is shared between them before each takes one of the parts in the second half.
The inspiration behind this piece is more abstract than in the other two works on this album – for the composer it revolves around ideas of solitude, space, and distance. Eigenschatten was commissioned by Catherine Leonard with funds from the Arts Council of Ireland; the duo version was made for the performers on this recording.

I Quattro Elementi (2020) is a work for solo violin in which each movement is played on only one of the four strings – G, A, E and D in turn; therefore the qualities of the individual strings are very much to the fore. The mythical four elements – earth, water, fire, and air – inspired the work conceptually and helped shape the movements’ characters. I Quattro Elementi was written for Dušica Mladenović with funds from a Cork City Council Arts Project award.

With thanks to all the performers, to ACNI, and with special thanks to Miša Cilić and the Cilić family for the use of their wonderful space (winetravel.rs/winery-cilic); thanks most of all to Dušica

Ian Wilson has composed over 200 works – opera, music theatre, orchestral, chamber, multi-media – which have been performed and broadcast on six continents, at festivals including the BBC Proms, Venice Biennale, Gaudeamus, and ISCM World Music Days and at venues including London’s Royal Albert and Wigmore Halls, Vienna’s Musikverein, Amsterdam’s Concertgebouw, New York’s Carnegie Hall, and Tokyo’s Suntory Hall. He is a member of Aosdána, Ireland’s national association of creative artists, and his music is published by G. Ricordi & Co. Ltd. and Universal Edition.

Ian Wilson (Belfast, 1964) has composed over 200 works in many different genres which have been performed and broadcast on six continents. He is a member of Aosdána, Ireland’s national association of creative artists, and his music is published by G. Ricordi & Co. Ltd and Universal Edition. ... more

Bandcamp Daily  your guide to the world of Bandcamp